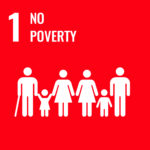 According to the UN, “Fundamentally, poverty is a denial of choices and opportunities, a violation of human dignity. It means lack of basic capacity to participate effectively in society.” Poverty has long been a key focus of UN development efforts. At its founding, combating poverty was one of the basic pillars of the UN Development Programme. In 2000, Secretary-General Kofi Annan led the global community in developing the Millennium Development Goals, the precursor to today’s SDGs. This goal was among the more successful of the eight MDGs, but poverty still remains an issue for many. 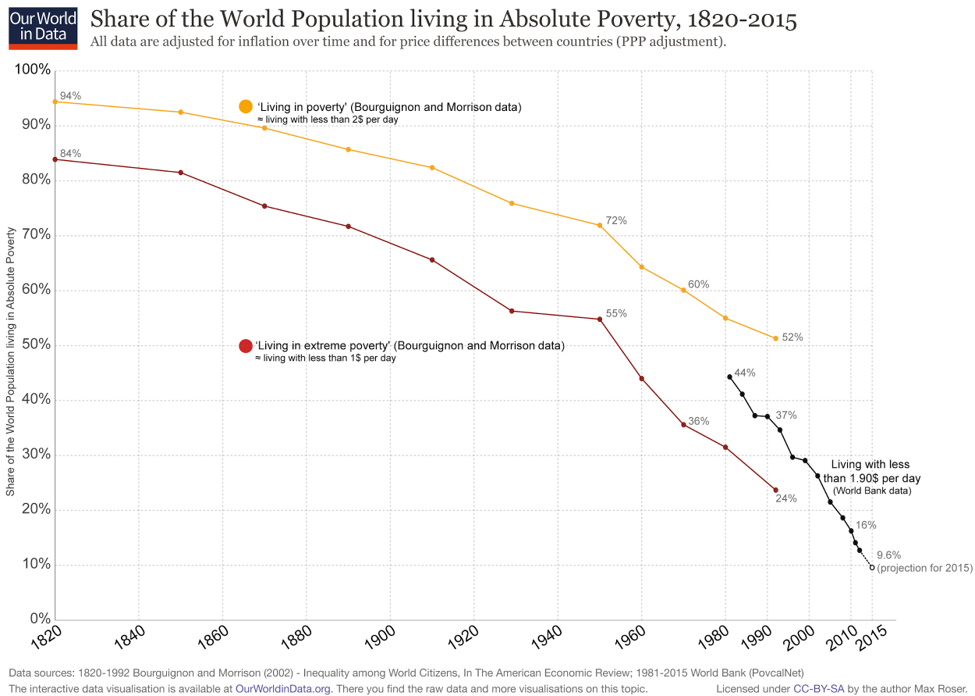 The world has steadily worked to reduce the number of people living in poverty, and the rate of decline accelerated after the declaration of the Millennium Development Goals. However, there remain hundreds of millions of people living in absolute poverty.

SDG 1 continues and expands upon the mandate of MDG 1, working to eliminate the number of people living on less than USD 1.25 a day by the year 2030. The UN has mapped out many steps towards achieving this goal, including the development of comprehensive social safety nets, the creation of new jobs to meet the workforce demand, and the strengthening of regional partnerships to allow countries to assist their neighbors (and also promote regional economic development). However, this SDG also faces new challenges. With global conflict on the rise and the number of refugees at record numbers, the rate of poverty decline has been decelerating recently. According to the United Nations, “baseline projections suggest that 6 percent of the world population will still be living in extreme poverty in 2030, missing the target of ending poverty.” Clearly, more must be done to keep the world on pace to meet this goal. Furthermore, progress towards eliminating poverty is not felt equally across all regions. While poverty reduction efforts have been very successful in East Asia, Africa has actually seen an increase in the number of people living in extreme poverty. Current efforts to address poverty are leaving many countries, cultures, and people out, and new solutions must be developed to bring prosperity and economic opportunity to those being left behind. 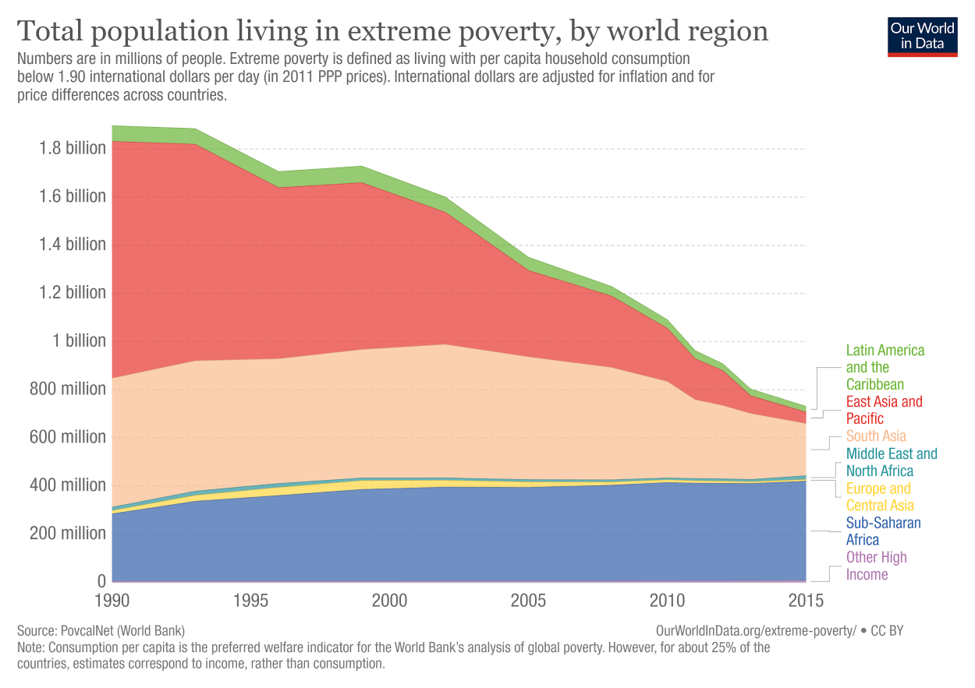 While the overall number of people living in extreme poverty has declined, that has not been felt equally across all regions of the world.

At NHSMUN, a vast majority of our topics address poverty in some way, as poverty is an issue closely linked to other development, security, and humanitarian issues. For instance, when delegates in UNICEF are debating “The Illicit Sale and Abduction of Children,” they’ll find that an environment that allows for these crimes to arise is one that is also extremely linked to poverty. Similarly, IBRD’s delegates will find while researching “Neglected Tropical Diseases in India” that poverty plays a direct role in a person’s disease risk and affects the quality of treatment that they can receive. If our simulation and the UN are to eliminate poverty by 2030, this intersectional approach must be kept in mind by all delegates.

The world has taken several different approaches, but the most commonly agreeable points are education and social protection systems. If you wish to explore how NHSMUN addresses poverty across its committees, we suggest you check out these topics:

DISEC, Topic A: Achieving the SDGs through Disarmament in the Middle East and North Africa
SOCHUM, Topic B: Human Rights Violations in Refugee Camps
WHA, Topic B: Reducing the Threat of Non-Communicable Diseases
CSW, Topic A: The Disproportionate Effect of Natural Disasters on Women
CSW, Topic B: Addressing Occupational Segregation and Inequality in the Workplace
IFAD, Topic A: Combating Infectious Disease in the Agricultural Sector
UNCTAD, Topic B: The Effects of Increasing Protectionism in Global Trade
UNPFII, Topic B: Ensuring Equal Opportunities for Indigenous Children in Global Society
UNEA, Topic A: Impact of Livestock Farming on Climate Change
UNICEF, Topic B: The Illicit Sale and Abduction of Children
UNPBC, Topic A: The Situation in the Sahel Region
UNTOC, Topic A: Maritime Crime and Piracy in the Gulf of Guinea
IAEA, Topic A: Nuclear Techniques For Containing Vector-Borne Diseases
IBRD, Topic B: Neglected Tropical Diseases in India
IOM, Topic A: Maritime Trafficking of Migrants
SC, Topic A: The Situation in the Democratic People’s Republic of Korea

Here are some resources you can use to learn more about SDG 1:

NHSMUN is honored to participate in the MUN Refugee Challenge led by UNHCR! To promote grassroots awareness and discussion... read more

Update: The deadline to submit an Assistant Director application has passed! If you are interested in joining our wait... read more

Today on World Environment Day, the NHSMUN staff is spreading awareness of how to protect the environment, using the... read more

The Sustainable Development Goals at NHSMUN

The following article was published in The Kentucky Standard on May 24, 2019, featuring one of NHSMUN's delegates and... read more

Below is a new scholarship opportunity to participate in NHSMUN 2019! Each school or team is eligible to submit... read more